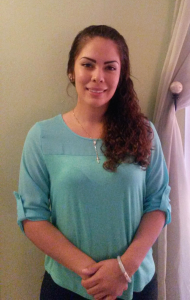 Yvette Valle serves as a paralegal and Medical Liaison at The Michael Brady Lynch Firm.

Yvette was born in Harligen, Texas and raised in Bradenton, Florida. She graduated from Southeast High School in 2006. In 2009, Yvette followed in the footsteps of all the males in her family and became the first and only female in her family to join the military. She serves in U.S. Army Reserves as a Heavy Motor Vehicle Operator (88M) stationed in Lakeland, Florida with the 993rd Transportation Unit. She is working on earning the promotion to Sergeant so that she can fulfill her goal of becoming a Drill Sergeant.

Yvette is pursuing a degree at Manatee Technical Institute for Medical Administration.Following graduation, she hopes to attend medical school. Although English is her primary language, she is also fluent in Spanish.  Prior to assuming her role at The Michael Brady Lynch Firm, Yvette worked in the Medical Administration field for 7 years.

At The Michael Brady Lynch Firm, Yvette’s primary responsibly as Medical Liaison is overseeing the ordering, collection and organization of client medical records. In this capacity, she coordinates with hundred of physicians and hospitals across the country. She also regularly interacts with outside experts in all fields of medicine to help organize injury and usage timelines for expert reports on liability and damages.

Yvette has a beautiful nine-year-old son, Xavier, who is in the fourth grade. When not working at The Michael Brady Lynch Firm, she spends her free time at drill with the Army Reserves, with her son and as a member of the King Rivers Church. She enjoys physical fitness and tries to be a healthy eater.